Uncovering the mystery of QAnon

We talk to Van Badham about her book QAnon and On - A Short and Shocking History of Internet Conspiracy Cults.

Christmas day looked a lot different last year for a lot of families.

Your average Christmas is held at a home heaving with family, wrapping paper and the aroma of a five-course feed. This time, however, we were faced with vaccination certificates, masks, and arguments about vaccine hesitancy.

Some of these arguments among friends, family and loved ones have created fractures so deep they may never heal. So, what has happened?

We invited journalist Van Badham onto the show in January to talk about her knowledge of QAnon that she gleaned while researching her book ‘QAnon and On, A Short and Shocking History of Internet Conspiracy Cults.’

Van explained, “QAnon is what we call an internet conspiracy cult. It has a guru – an internet prophet called Q – who started posting strange, coded messages claiming that they were a secret agent, with all these government secrets to spill in 2017.”

These posts by Q have continued to be spread on a range of social media platforms, and have continued to pick up so much speed that whole swathes of the world population now believe they’re in on a ‘big secret’.

The dangerous part? Many of these message play around the concepts of a ‘plandemic’, filled with anti-vax rhetoric that is hurting – and even killing – a lot of people.

Van continued, “The problem with the truth is that it’s usually boring and doesn’t play well on social media, and unfortunately, around 12% of the population are quite vulnerable to these ideas.”

Listen to Van Badham on our podcast

So what sort of content has Q been posting? “One example is that QAnon people believe there are 300,000 children living in tunnels under the streets of Melbourne. The posts play to old myths about secret societies, an evil cabal of Satan worshiping, and child eaters who snatch children in the night and drain their blood.” Van explained.

She continued, “These are really old urban myths that have been hanging around western society for over 2,000 years. But people gravitate towards them particularly when they’re in distress.”

“QAnon is a conspiracy theory with a cult infrastructure around it.” We were interested to hear from Van about what the real-world implications of falling for QAnon posts are.

She said that one of the tragedies that happens is that people fall into these conspiracy cults, start going to demonstrations and start sharing their conspiracies with people.

Their loved ones, who don’t follow conspiracy theories, often choose to remove that person from their social circles. The result is that the social connections tend to stay in that QAnon space, creating an echo chamber, and they become further and further radicalised, and harder to get back to reality.

While it’s clear that we’re in the middle of a deliberate mis-information crisis, which is already dividing families and breaking friendships and even businesses, what is the next step? What should we do about it?

It’s important that we make decisions that keep us safe, first and foremost. But if we want to help our loved ones currently in the grips of these campaigns, it’s clear from the research that we need to stay in touch, and keep talking to them, looking past our frustrations and anger.

Van concluded, “We don’t know who Q is – they could be a number of people – but what Q represents is a capacity of the internet to create communities that are sent constant streams of propaganda.” 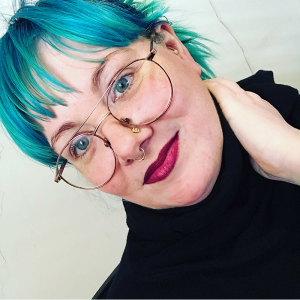